Docker is a tool designed to make it easier to create, deploy, and run applications by using containers

What is a container?

A container is a standard unit of software that packages up code and all its dependencies, so the application runs quickly and reliably from one computing environment to another.

What is Docker Swarm?

A Docker Swarm is a group of either physical or virtual machines that are running the Docker application and that has been configured to join together in a cluster.

What is Docker Portainer?

Portainer is a lightweight management UI that allows you to manage your Docker host or Swarm cluster easily.

What's the difference between a Virtual Machine and Docker?

Docker is a container-based technology, and containers are just user space of the operating system. At the low level, a container is just a set of processes that are isolated from the rest of the system, running from a distinct image that provides all files necessary to support the processes. In Docker, the containers running share the host OS kernel.

A Virtual Machine is not based on container technology. They are made up of user space plus kernel space of an operating system. Under VMs, the server hardware is virtualized. Each VM has an Operating system (OS) & apps. It shares hardware resources from the host. 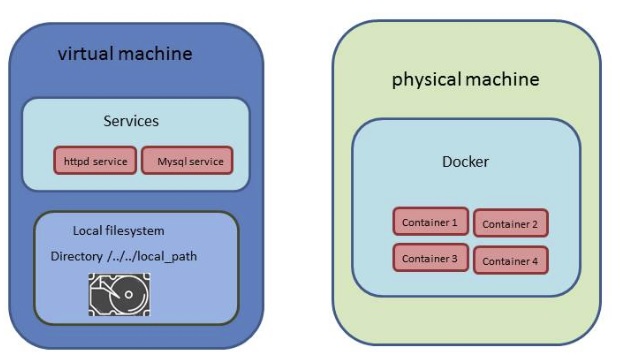 Where do we run docker containers?

Docker containers of our infrastructure are running on a cluster composed by physical machines with 128 Gbytes of memory each one.

And finally, if you are using docker in your virtual machine/s, why use docker in our infrastructure?

For security: The nodes in a swarm use mutual Transport Layer Security (TLS) to authenticate, authorize, and encrypt the communications with other nodes in the Swarm.

For fault tolerance: if one of physical machines fails, the other machine will run all the containers.

For stability: Docker machines are maintained every week.

For performance: The containers are running in powerfull physical machines.

For your peace of mind: If you have a problem with your containers running in our infrastructure our team will help you.

For scalability: The cluster can grow if more resources are needed.